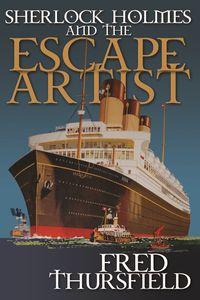 Sherlock Holmes and the escape artist

Harry Houdini was born as Erik Weisz in Budapest, Austria-Hungary, on March 24, 1874. His parents were Rabbi Mayer Sámuel Weisz, and Cecília Weisz (née Steiner). Houdini was one of seven children. Weisz arrived in the United States on July 3, 1878, sailing on the SS Fresia with his mother (who was pregnant) and his four brothers. The family changed the Hungarian spelling of their German surname to Weiss (the German spelling) and Erik’s name was changed to Ehrich. Friends called him “Ehrie” or “Harry”.

Sherlock Holmes and the escape artist